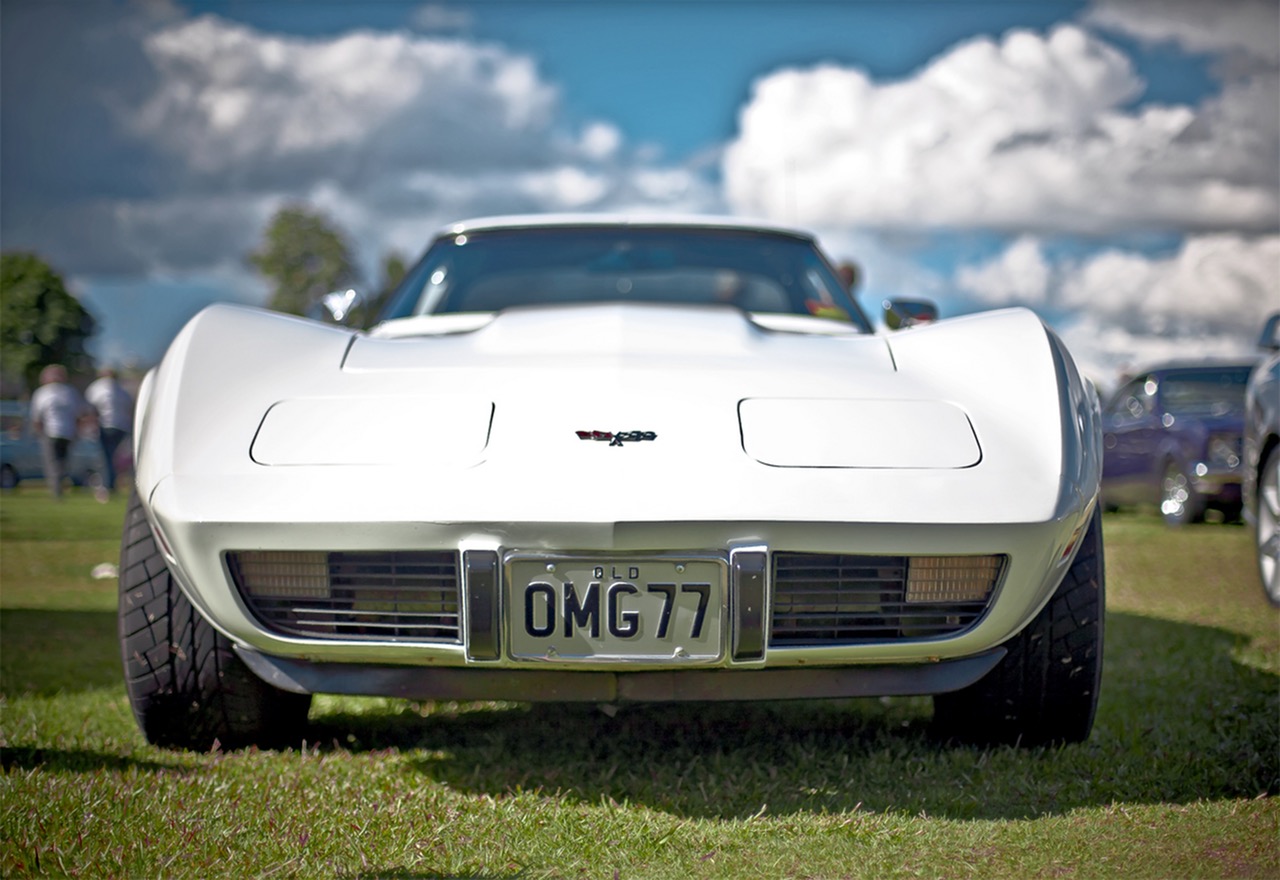 The company says the car’s electronic convertible top can be raised or lowered even when the car is moving at up to 30 mph.

Take a look at the picture above and in the gallery below, and you’ll notice that the body of this new convertible is quite similar to its coupe brandmate. One missing design element will be the air intakes in front of the rear wheels that are present in the coupe, but not in the convertible.

One of the benefits of the Corvette’s new rigid aluminum frame is the fact that it’s 57% stiffer than its predecessor.

One of the benefits of the Corvette’s new rigid aluminum frame is the fact that it’s 57% stiffer than its predecessor. In this new convertible, that means there’s no need for additional structural reinforcement that’s usually required in convertibles of this type, including the currently-available Corvette convertible.

The company says the car will have similar specs to the Corvette Stingray hardtop coupe, with the same 6.2 L, 450 hp V-8 engine under the hood. The car cranks out 450 lb-ft of torque, enough to slam your back into the seat when you put the pedal to the metal. And you’ll have your choice of shifting using a Formula One-like automatic transmission with paddle shifting, or a 7-speed manual with Chevy’s Active Rev Match, technology that matches the engine speed to your gear selections.